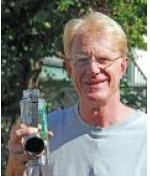 A growing trend involving water softeners may be that more municipalities are choosing to deal with hard water directly in a bid to cut salt levels and promote conservation.

A recent report in Iowa's Belmond Independent newspaper notes that plans are moving forward to develop a new water treatment plant that will include a lime softening system that in many cases will make home water softeners unnecessary.

The newspaper noted that construction of the plant is set to begin in April and will conclude by June 2011. A number of other features will be included at the facility.

Other cities scattered around the country have also been weighing plans to tackle local hard water problems by tackling them on a broader scale and eliminating the need for many individual water softeners.